1946 - 1964: from British Club to International Organisation 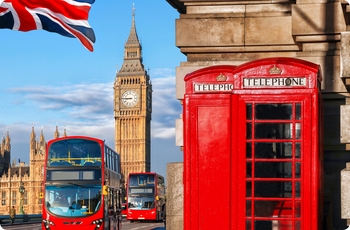 Mensa was, for all intents and purposes, an exclusively British club from its beginnings in 1946 up until 1960. The establishment of a branch in America in the fall of 1960, with its subsequent rapid growth, brought forth the inevitable issue of co-existing national Mensa groups versus one international group (with many branches). Since Roland Berrill, the co-founder of Mensa, had felt that a formal constitution was unnecessary, Mensa had never had anything but the most rudimentary official structure. As Mensa grew, however, the adequacy of the informal governmental and organizational structure came under fire, and discussions began on the adoption of a formal constitution.

In 1961, a referendum was held to determine if a formal constitution should be written. That vote, in August 1961, failed by a large majority. For the next few years, almost all matters continued to be handled through the governing (British) board in London.

At the November 1963 Annual General Meeting in London, the membership approved a policy on the structuring of an 'international' Mensa, and a separation of the international board - what was to become the International General Committee (IGC) - from the British board. This policy provided for the drafting and membership approval of a constitution, with subsequent elections to fill the posts created by it. The first 'formal' International Mensa Constitution was approved in June 1964, and it provided for eight officers: Chairman, General Secretary, Treasurer, Membership Officer, Developments Officer, Editorial Committee Chair, Research Committee Chair, and Premises Committee Chair. It further provided for one representative from each of the recognized national Mensa groups (United Nations-style, without regard to group size). The first international Mensa election was held in September 1964.

Another provision of the 1964 constitution was the establishment of Mensa as a legal entity. After considerable work, Intermensa Ltd was incorporated as a 'holding company' on May 7, 1965. Maurice Salzedo, a solicitor and active British Mensan, became Secretary of the Corporation. It is interesting to note that in 1965, the name 'Mensa' was already in use in another corporate name and thus the preferred 'Mensa International Ltd' could not be used. In 1976, when the name became available once more, Mensa International Ltd (MIL) was incorporated in England. For several years MIL and Intermensa Ltd were both in use until, in May 1985, Intermensa Ltd became dormant.

By 1980, the inequities of the U.N.-style system had generated serious problems. For example, the US, with over 30,000 members (and a large financial obligation to MIL), had but one vote, the same as the Ivory Coast, which had only ten members and virtually no financial obligation. The major players gathered in Miami and, in October 1981, a compromise ('The Miami Pact') was agreed; it provided for a weighted voting system that continues to this day: the number of votes allocated to each national Mensa is based on its membership total, with no group carrying more than 40% of the votes and no National Representative (Nat Rep) carrying more than three votes.

The International Board of Directors (IBD)

Initially, the IGC was comprised of a lot more countries than the IBD, with the IBD being limited to the larger national Mensas. However, as national groups increased in size, more and more countries became eligible to join the IBD. Over time, the two groups became almost identical with regard to their composition of representatives, and the need for two separate bodies was brought into question. Consequently, the last ever IGC meeting was held in Oslo in 2004.

The 1984 Articles of Association made provision for a group of 'Ex-Officio Directors' to take over the day-to-day functioning of Mensa International. The four internationally elected officers were joined by the chief executive officer of each national Mensa which is entitled to four or more votes on the IBD (only American Mensa and British Isles Mensa qualified at this time).

In 2005, this group became officially known as the Executive Committee, or ExComm, and the six representatives were joined by the newly created Director of Smaller National Mensas. Later, in 2012, seven became eight when the chair of Mensa Germany took their seat due to that national group reaching the milestone of 10,000 members. Therefore, currently, the Mensa chairs (or their proxies) of the three largest National Mensas (America, British Isles, and Germany) each have a seat on ExComm.

Most of the above information has been taken from the Mensa Book of Lists, 1997, by Vince Bonzagni