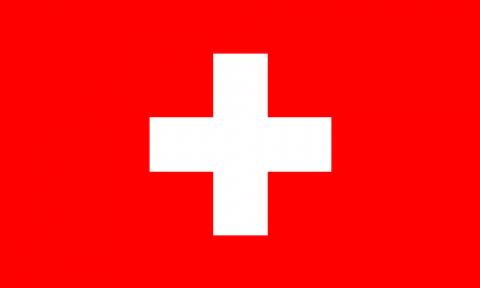 In June, American Mensa topped 4'400 members and overtook British Mensa.
Meanwhile, things began to move in Europe. At the European Founder's Meeting in Frankfurt in June, members from Germany, Belgium, the Netherlands, France and Switzerland met and discussed how to spread Mensa to their countries. Switzerland was represented by Dr. Hans Eberstark, the linguist who had joined Mensa Austria in the year before. Meanwhile he had moved to Geneva, where he had assumed a position at the International Labour Organization (ILO), and was interested in starting a new Mensa in Switzerland.
Mensa International gave him the addresses of the international members who were already living in Switzerland, so Hans could contact them and invite them to the founding meeting of Mensa Switzerland. Three months later, on September 24th, Mensa Switzerland was founded in Geneva, and Hans Eberstark became our first president.

Currently Mensa Switzerland has more than 1700 members, 15 regional groups, and offers tests in 3 languages all over the country. The most lively regions are Zurich and Geneva/Lausanne - with events happening almost every week, but members living in Graubünden, Ticino or Valais also don't feel lonely and meet regularly for all kinds of events, from dinners to demanding hikes to escape rooms.

Every October Mensa Switzerland organises its biggest public outreach event - Intelligence Day, where we combine lectures by intelligence research specialists with short inputs about Mensa, and occasionally offer an opportunity to do a Mensa test after the lectures are over.

Annual Gathering is by far the biggest Swiss Mensa event, attracting more than 120 members and guests. It usually covers a prolonged weekend in the middle of September, from Friday afternoon until Sunday afternoon, and the General Assembly is a part of it. The location changes every year, giving an opportunity to local volunteers to revive their region and introduce guests to the wonderful variety of Swiss cantons. International guests are welcome as well.

A Secret Facebook Group for members and guest members of Mensa Switzerland. Managed by the Social Media Team. Lapsed members are removed.

Official Facebook Page of Mensa Switzerland. Managed by admins and editors appointed by the Board and serves as a public outreach channel: Mensa tests dates, articles about intelligence, etc.